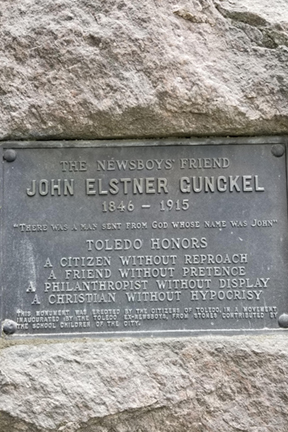 Programs we have Supported

In 1917, two years after the death of John Gunckel, present and former newsboys from across Toledo brought marble, mica, and an assortment of other stones from all over the world to his grave at the now Historic Woodlawn Cemetery to pay tribute to the founder of the Toledo Newsboys Association, which later evolved into the Boys & Girls Clubs of Toledo.

In 2018, more than 100 years later, the Boys and Girls Clubs of Toledo partnered with Bricklayers Local 3 — affiliated with the International Union of Bricklayers and Allied Craftworkers Ohio-Kentucky Administrative District Council — to repair the 25-foot high memorial pyramid constructed from those stones. Crew members of Great Lakes Concrete Restoration were a proud part of that effort.